When I first came into recovery I constantly heard the refrain about “getting out of self” – in fact steps 10-12 help one do so. Step 12, by helping others in recovery and step 11 which encourages prayer and mediation. Can we get out of “self” by prayer and mediation? I will be dedicating a number of blogs to mediation so will just briefly consider prayer here. In one study Franciscan nuns had their brains imaged via SPECT which looked at blood-flow in their brains while they were engaged in a type of mystic union called  ‘centring prayer’ which involves opening themselves to being in  the presence of God (and not in “self”). In centring prayer the nuns had a “loss of usual forms of space  During prayer there was demonstrated increase in blood flow in the PFC inferior parietal and inferior frontal lobes  and a decreased flow in the superior parietal lobe, which is related to feelings of “self”. 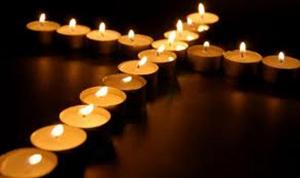 I mention this type of meditation, also because it is a meditation/prayer that I do myself. Click here for more information on this wonderful prayer technique and how it is used by Fr Frank Keating and 12 step groups  – I alternate with this and vispassana meditation which also makes one feel like they are no longer in “self”, that the self is an ephemeral reality, always changing so not static, fixed – the self is thus an illusion in a sense as it is constantly changing. Regardless, of their different origins, both when practiced can transport one to a place seemingly beyond feelings of being in self. The self seems to blend into a widen sense of consciousness without parameters or boundaries such as limited by self. In this state of being, one can view the fleeting images  of the self dispassionately, not being moved by them or reacting to them. Images of the self dissolve like into snow flakes in snow. As we we will see in other blogs, meditation also reduces stress, improves neurotransmission in neurostransmitters effected by chronic addiction, e.g. GABA and strengthens neural regions of the brain that are very important to recovery. The findings of these and other studies of prayer bear some similarity to studies in meditators such as on Tibetan Buddhist meditators (1) so I would not get hung up on the apparent religiosity  or non-religiosity of these ways of meditating. to me they achieve something very similar. It they work they Work! The meditative and spiritual experiences are partly mediated through deactivation of the superior parietal lobe which normally helps to generate the normal sense of “self” (2)

A  beautiful and enriching respite from self regulation and a profound sense of wholeness, and connection with something beyond self whatever that being beyond self is.  Therapeutically we have to somehow move beyond a reactionary self to a mindful one. From an emotional distressed one to a serene one. The brain is healthier after mediation than before.   As mentioned in other blogs, without emotional distress this condition can be quite dormant.   References 1.  Newberg, A. B., & Iversen, J. (2003). The neural basis of the complex mental task of meditation: neurotransmitter and neurochemical considerations. Medical hypotheses, 61(2), 282-291. 2. d’Aquili, E. G., & Newberg, A. B. (2000). The neuropsychology of aesthetic, spiritual, and mystical states. Zygon®, 35(1), 39-51. From Hijacking the Brain