The Legacy of Vietnam Re-examined

It is clear that the idea of addiction Hari forwards is without any foundation or substance in relation to the research carried out on Vietnam Veterans over the succeeding decades.

The vast majority of Vietnam Veterans did not come back to the US and suddenly give up drugs and their addictions. This is a myth pushed by Hari for whatever reasons, only he can say?

The vast majority of Vietnam veterans came back from Vietnam to a frequently hostile or indifferent homecoming, some 12% and then 25% continued to abuse illegal drugs, while many others suffered PTSD and drug and alcohol use disorders.

Added together, in even a conservative estimate, it appears that the majority of Vietnam veterans continued to not only have addiction issues but also cross addicted to other substances and alcohol and present as having co-morbid conditions such as PTSD. They also suffered more in terms of suicide ideation and actual suicide than the normal population, had more unemployment, divorce and family related difficulties….

Inside The Alcoholic Brain

The Rat Park of Vietnam and Beyond 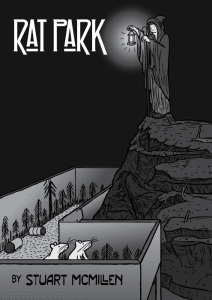 The videos below have been doing the facebook and twitter rounds, often accompanied by this Ted talk by Johann Hari

Essentially these videos suggest addiction is caused solely by environment.

The idea that addiction is caused solely by environment will be critiqued here principally in relation to the example presented in these videos to support their theory of addiction, namely that the vast majority of Vietnam soldiers returning home to the US after service who were previously “addicted” to narcotics, mainly heroin, stopped using heroin when they returned home, never used heroin again and essentially become de-addicted as the consequence of changing environment.

Their “addiction”, in other words, was contextual and related to the environment in which they abused heroin and became “addicted”.  I put addicted in inverted commas as many people meet diagnostic criterion for substance use disorders at some stage in their life…